While cleaning out a few old files, I found these photos I took circa 2012 in Tirana. The city center was under heavy construction at the time. One of the worst public realm projects ever. 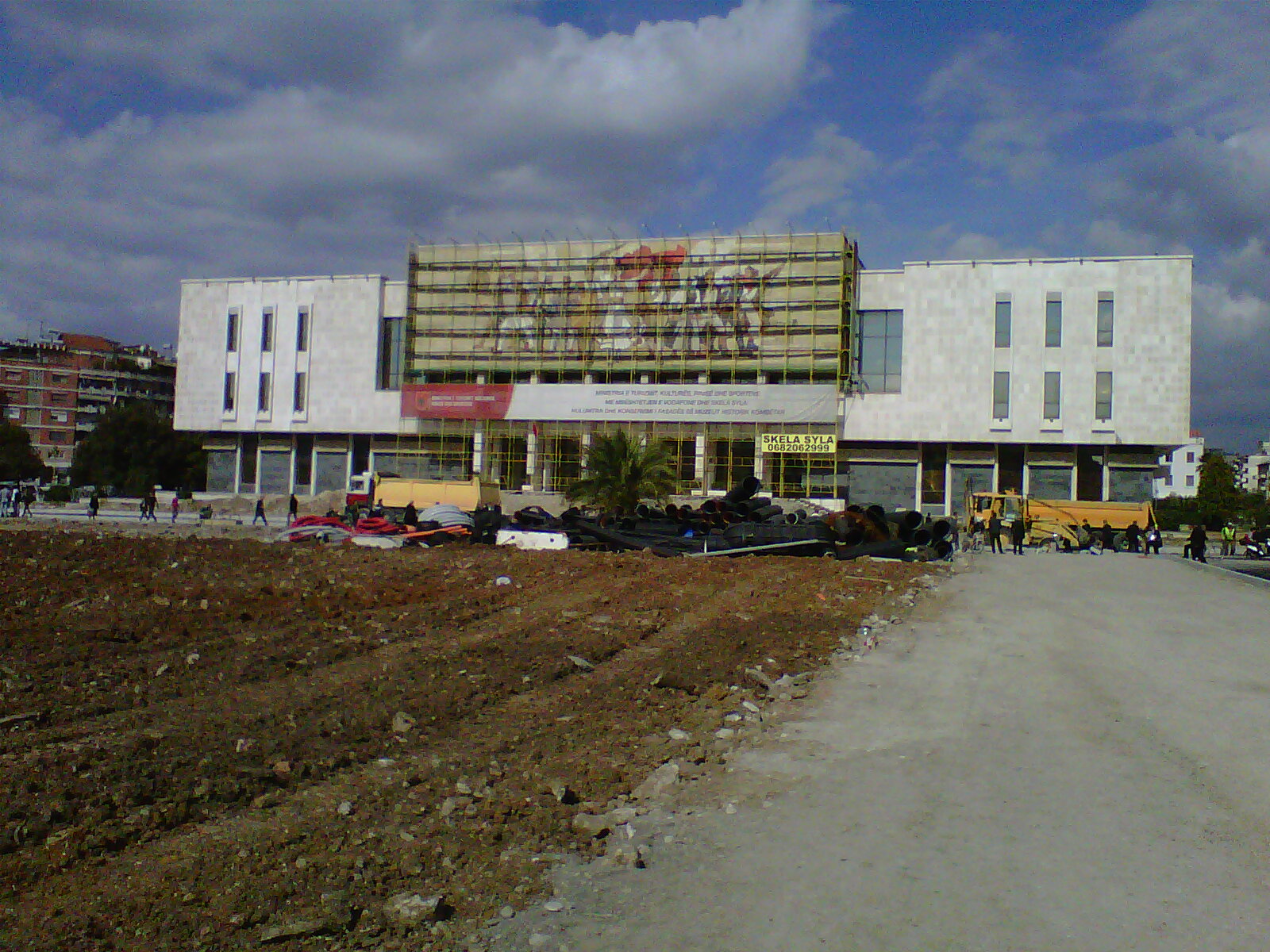 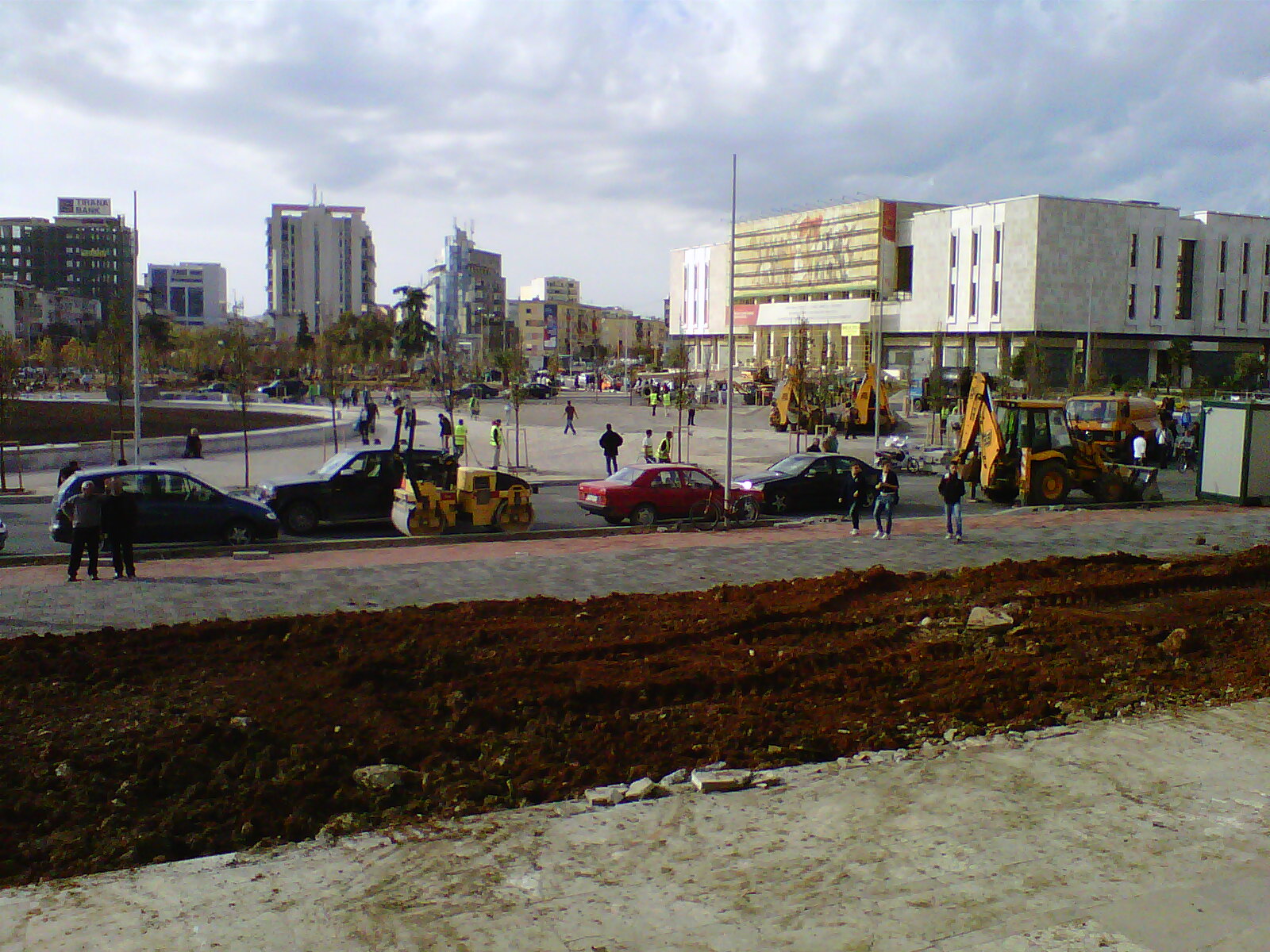 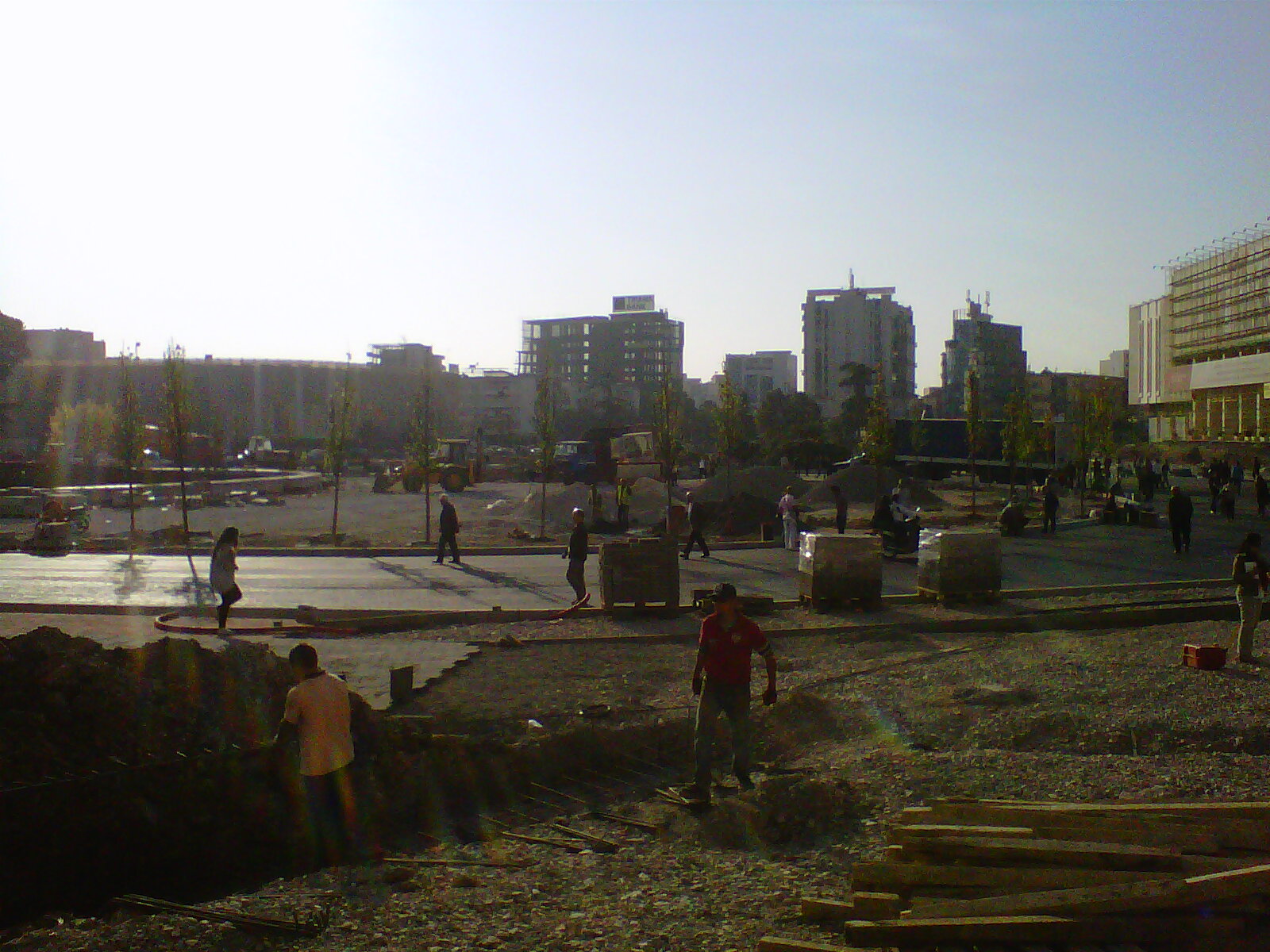 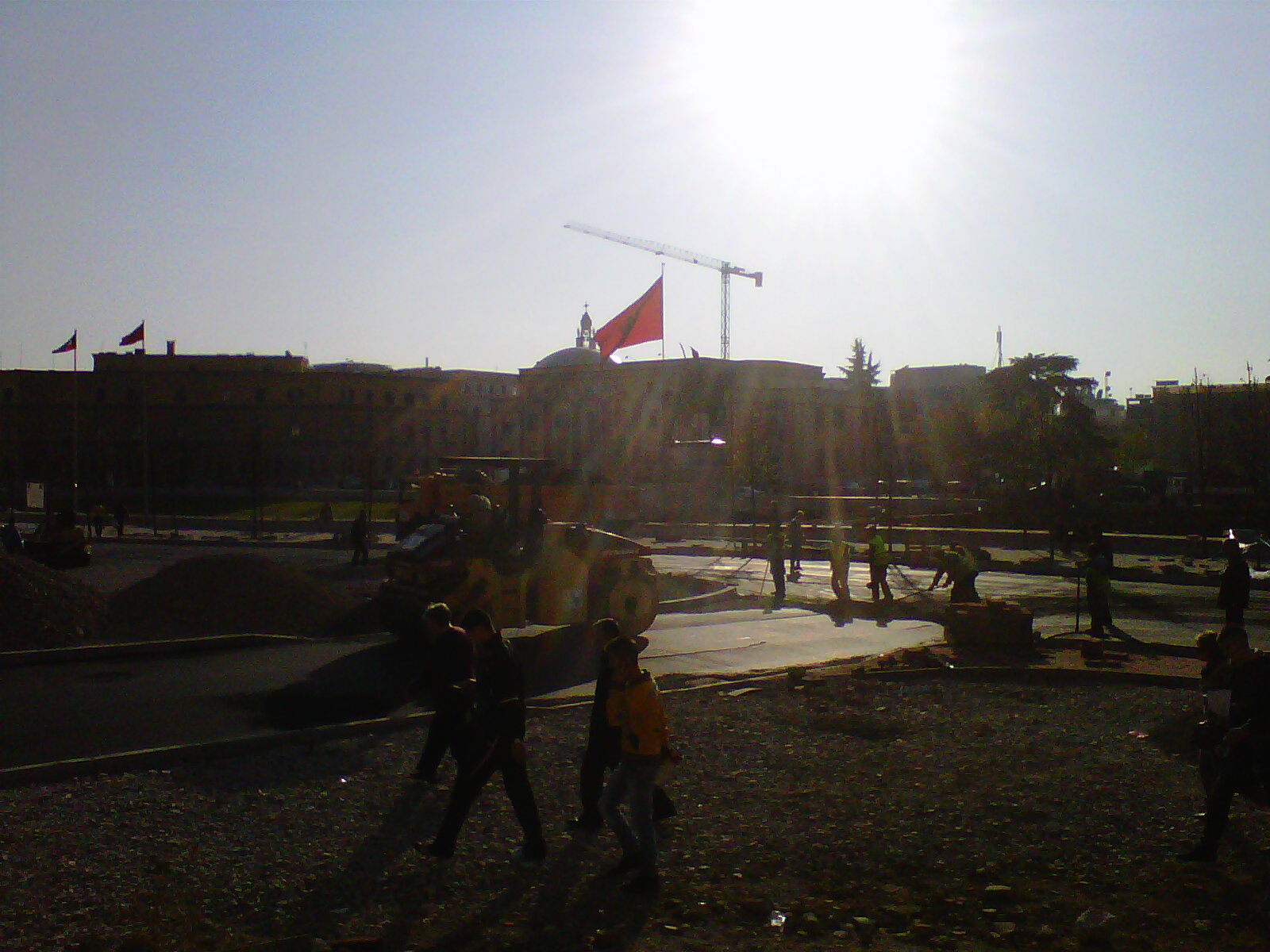 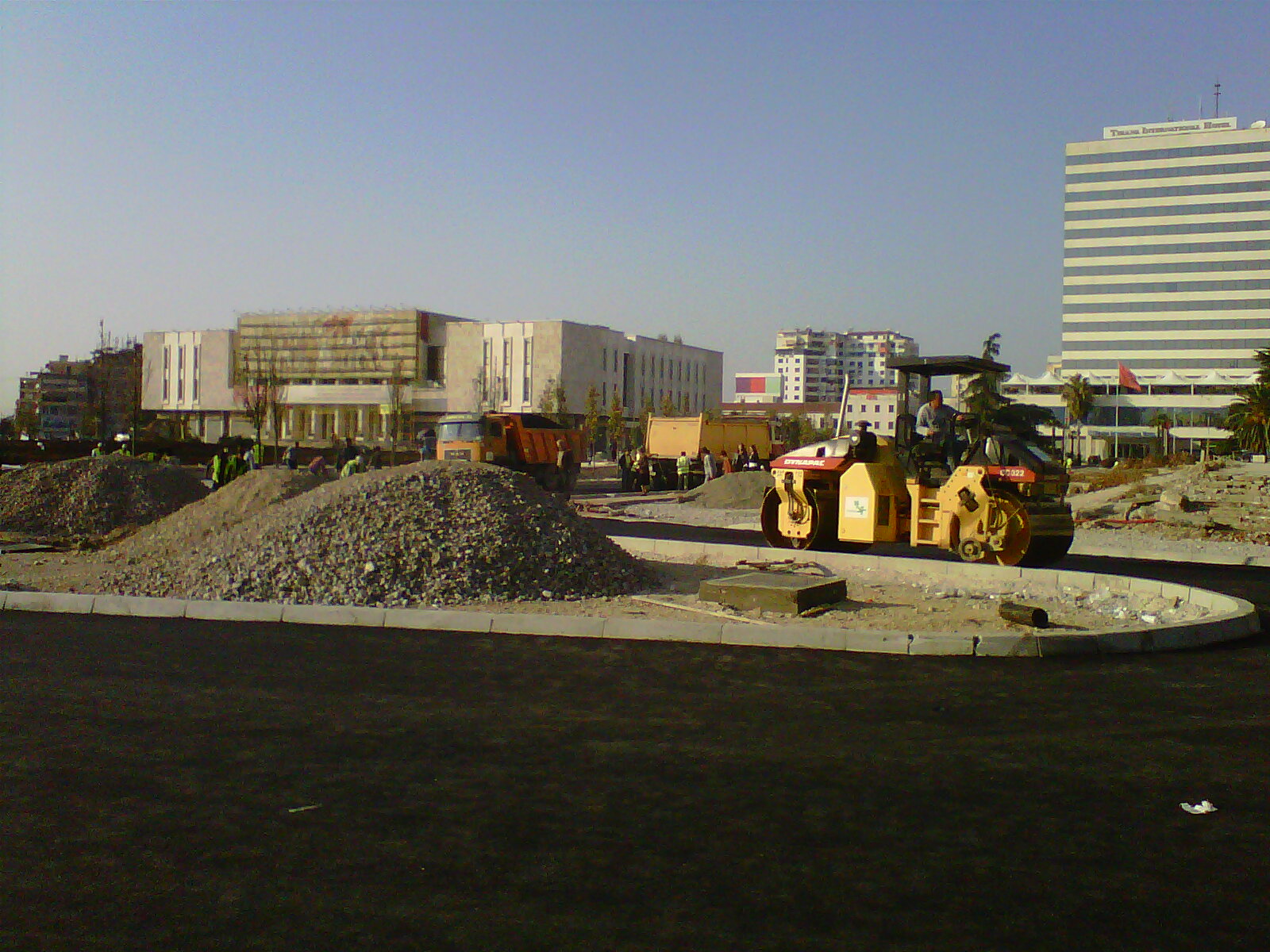 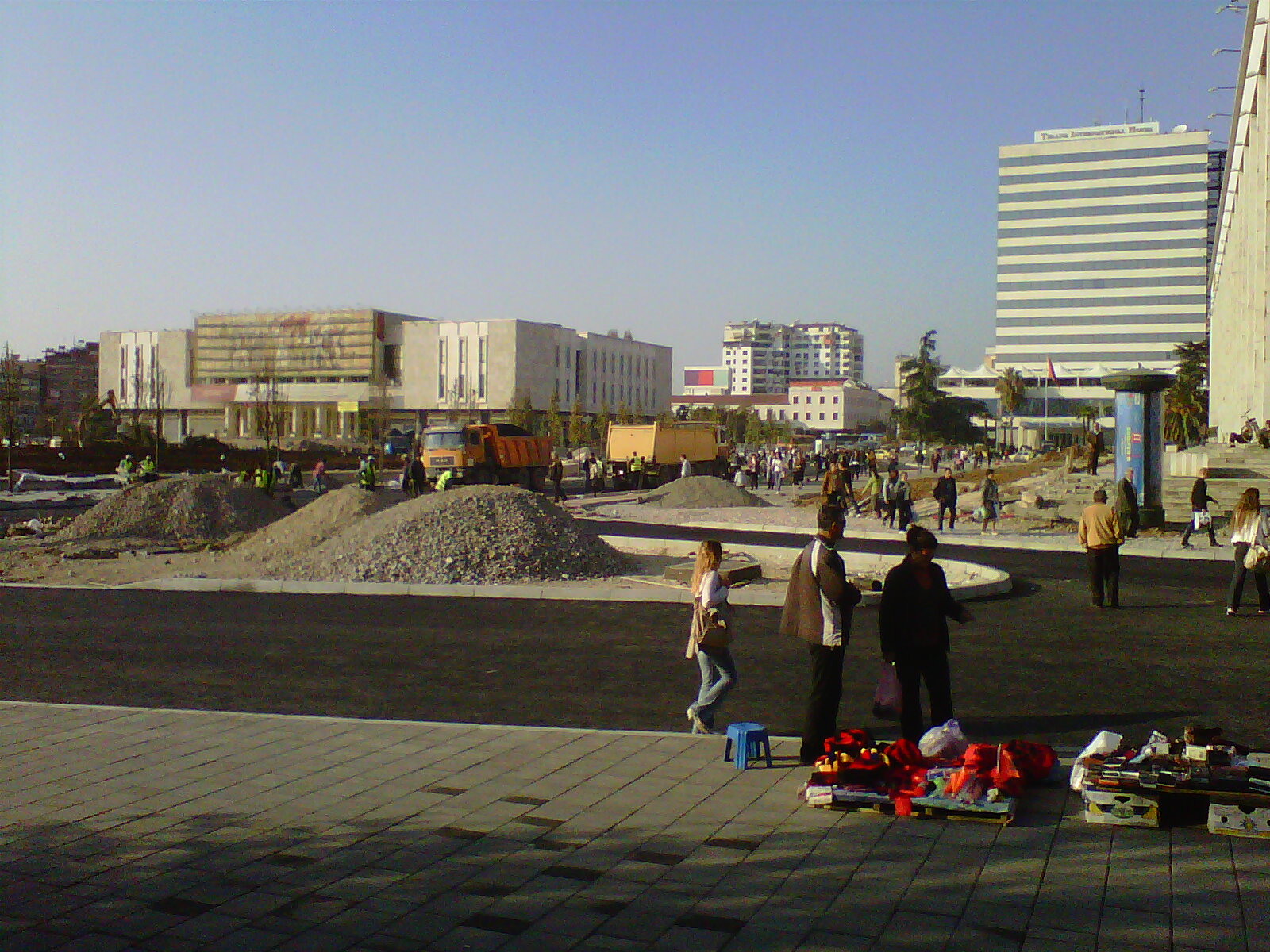 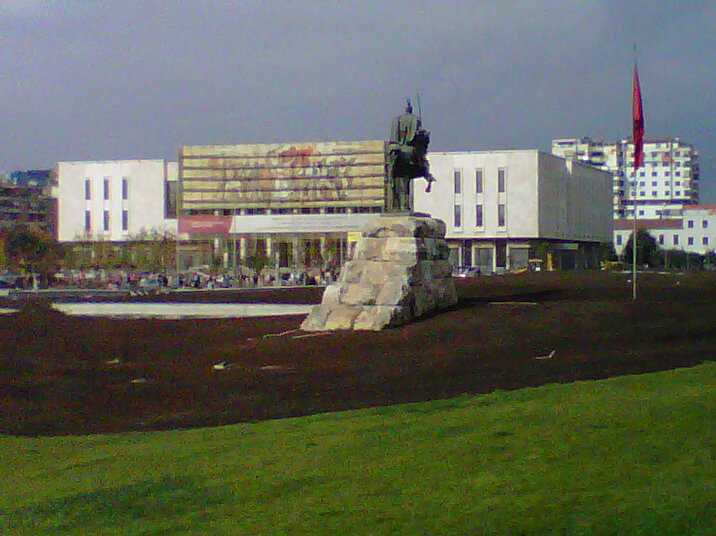 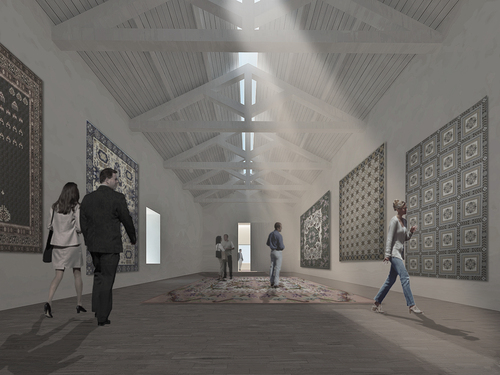 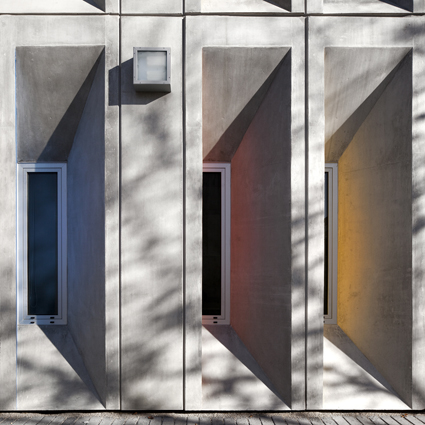 “not a town planning project, but rather a way of thinking, of imagining, of looking at things and at life.” 1

On the eve(s) of new competing campaigns for the ultimate power honor of reigning over serving Tirana, I'd like to point out that the city is a public space and the ultimate power is held by its people. Their vote will elect. Their vote does not mean ownership, but participation. Engagement. Responsibility. Competence. Their vote and subsequent implementation of what it represents will determine the kind of comprehensive public(s) we will have (physically, socially, economically, politically).

Will it be a (Roman) Arena or a (Greek) Agora?
Will it favor:
Spectacle or Discourse?
Spectatorship or Participation?
Separation or Integration?

Materialism or Idealism?
Image or Value?

Power or Demos(cracy vs. crazy)?
Ownership or Accessibility?

Public polity in Albania is in desperate need of “a stiff, clarifying test...” 2

There will be a lot of talk about the (physical) infrastructure of public space, which is fine because Tirana definitely needs it - but again, I think many will steer away from the real problem, identifying the real public polemic. A public that has been hiding in plain sight. A public in fight and/or flight.
Once identified, how, do we then see it? How do we engage it, not enforce it?
What is its public dimension? Is it a landmark or an entire urban context?
Is it made of signage, architecture or bodies?
What is its public threshold? Is it edging domesticity, privatization, or blighted voids?
What are its public multitudes? What are its habitats: humans, ecology, pollution, etc.?
What is the public condition in Tirana?


“Is it possible to imagine collective human agency as productive of something playful, joyous, communal, even beautiful?” 3

As we approach election season, I'd like to remind all involved: those who are strategizing the implementation of what public vote stands for (i.e. campaign promises) and those of us who will indirectly be involved by writing, discussing, consulting and challenging along the way and from far away - to not be so short-sighted and get lost in the creative promises of town planning projects of art and architecture, but dig deep into our capabilities as citizen voters, holding the power of electing our public servants, that these elections are our public space, that our vote is our right to access, use and transform the city.

“Beneath the pavement, the beach. Wherever the boredom with given forms of art, politics, thought, everyday life jackhammers through the carapace of mindless form, the beach emerges, where form is ground down to particles, to the ruin of ruins. There lies what the old mole is always busy making: the materials for the construction of situations. These too might be recuperated into mere art or writing some day, and sooner rather than later, but not before their glorious time. Our species-being is as builders of worlds. Should we consent to inhabit this given one as our resting place, we're dead already. There may be no dignified exits left to the twenty-first century, the century of the flying inflatable turd, but there might at least be some paths to adventure. The unexamined life is not worth living, but the unlived life doesn't bear thinking about.” 4