On ghostlike creatures in search of their (any) author.
(Mice look for food not Mother. - Diogenes)

*read at own risk. sense the tone. make your own sense of it. more missing pieces here. this post is about architectural visions and leftover masterplans. 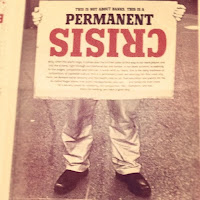 It is quite sad to see decades worth of visions and large project proposals transcend (or better yet, dissolve) to dust. An appropriation through pollution, if you will, but of a different kind. Polluted plots of narratives birthed on quick sand. Creatures that dematerialize without even dreaming of material. Bodies without organs, let alone souls. But, we should not be so quick to judge. Well, after a decade or so, I don't think insufficient time is the real culprit. Maybe we ought to look into that quick sand instead, birthing these creatures with the sole intention of suffocating them soon after. If we really stretch it though, our imagination that is, maybe we really are talking about an hourglass.

So, it might be temporal after all. A cyclical immortality. A metrics of time - between past and future, a fleeting expiration from birth to death. Creatures born for the sole purpose of dematerializing on time. And, it looks like setting this time has been our only due diligence. Flipping that hourglass to start anew is our only work. Hence, work has become a representation of our imagination. A snooze and reset button of this imagination. A re-birth of sorts. (We are after all stretching..)

Work as a re-birth of imagination and its creatures. It wants to materialize them, knowing very well their existence is only possible because of their impossibility to do just that. But, it tries anyhow. Work is plastic because it fears elasticity would break them. It is solid and heavy because porosity doesn't make monuments. It then finishes smooth and shiny, because it wants these creatures to roar like fireworks, to bounce off of it, as far as possible, covering as much height and territory. A suave finish for a happy ending: dematerializing immaterial things to materialize physical land, air and ground grabs. A power play, of a different kind. Because it fears its own labor, work resists announcing itself unpolished and raw, dreading the public and the publicity of real exposure. Ah, the suspecting horror of capacitating absorption, of absorbing and being absorbed, when it can just continue to bounce, to exhume, to reveal (all similar but not the same, different really) those unpredictable, and yet surgical ricocheting reflections of light, color and warmth refracting from and to somewhere else no doubt, the clouds most likely, grasping for air. But as the saying goes, one person’s cloudy day is another person’s carpet of fluffy clouds. Sometimes only a (re/de) fraction is enough. And apparently a fraction of work can constitute a rebirth. An immaterial spark of dematerialized creatures - be they visions, narratives or plots - fleeting to find a footing in all directions, but not before they have a chance to vanish into thin air, the same way they came into existence (if one is adamant of calling it that). Let's be careful of their (in)existence though, because sometimes, well who am I kidding, all the time, a lot is said and made out of nothing. And, just because these creatures dissolve as soon as they spark, it doesn't necessarily mean they are nothing. A promise doesn't make a premise, but a ghost surely haunts. Meaning that, as constructs of visions, these creatures might take on a life of their own, grabbing on to another lifeless host perhaps, the uncanniness that lurks in the city.

So, no, we are not quick to judge. We are slow to consider the ramifications of their birth, even in their ghostly presence. We are slow to accept and practice judging as a healthy critique and not pure prejudice. We are slow to differentiate factual research from instinctual assumptions. We are slow to ask out loud: to understand, to be a part of the process, to see the actual work. And because of our slowness, we have been irresponsible in materializing the fundamental being of these creatures, thus ineffective in giving them life. A re-birth it is not, because there is no re-birth without birth and death. If we refuse to consider what has died, then how would we know what to bring back or let go?

These thoughts might not make sense to some of you, and they definitely need some serious unpacking, but I don't want to do that just yet. I'd rather leave them undone for now. I'd like to end though, with a few notes and aphorisms from Thomas Ligotti's essay "We Can Hide from Horror only in the Heart of Horror," only because I happen to read it around the same time the above thoughts were brewing. (my emphasis)


Abstract madness: protagonist who senses that he's insane yet cannot discover the exact nature of his insanity.
Conflict between the fear of death and the nightmare of immortality. Link to 'abstract madness' plot.
Story in which the fantastic element is treated in an ambiguous way that seems neither to negate nor affirm the fantastic.
Conflict in modern supernatural fiction is not between good and evil in the traditional sense, but between sanity and insanity in both the personal and metaphysical realms.

The horror of forms merging.
Much of fantastic literature is an exhibition that consists of kaleidoscopically manipulating concepts into patterns which are new and perhaps a little strange, yet which lack any particular emotional or visionary foundation. True strangeness is a perspective, not a sequence of events.
Eternal cosmic vertigo.
Madness as a place, a time, a dimension.

Narrator who is reliable because he is mad.
Short horror tale as an invasion of a reader's mind and an undermining of his normal categories of expectation, leaving him in a state of shock and wonder at his own comprehension of something so bizarre.
Some readers do not have much disbelief that they need to 'willingly suspend', easily comprehending from the experience of their lives the most strange and regrettable possibilities.
In my fiction I would most like to convey what it's like to live in a reality without the possibility of an ultimate salvation, a place where horror and evil are the backdrop and principal players.

The fascination, the potent mystery, of the second-rate, half-baked, run-down, dirty little back-room world.
Story of an anthropologist who looks to his own culture to find that sense of magic in the world which primitive peoples seem to possess. He discovers only horror and spiritual sterility. Man with an extremely cultured voice who thinks, or seems to think (perhaps trying to induce himself to think), like a savage.

To hear the mocking laughter of your future self.