SUBURBAN | A Project by Ian Strange 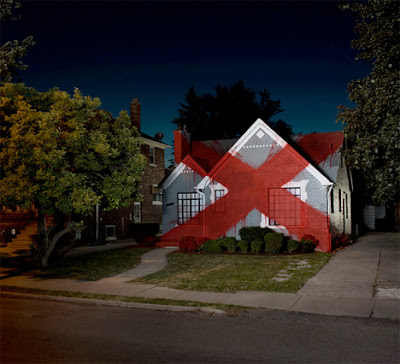 SUBURBAN is a multi-faceted photography, film and installation exhibition created by artist Ian Strange. Over a two-year period Strange worked with a film crew and volunteers in Ohio, Detroit, Alabama, New Jersey, New York and New Hampshire to create, photograph and film eight site-specific interventions incorporating suburban homes. The recording of these interventions through film and photographic documentation forms the basis of a new solo exhibition at the National Gallery of Victoria on July 26 and a short-film which will be released in late 2013.