In trying to make sense of what is happening with the arts and culture in Albania, (which in my opinion the above article clearly and objectively does) while reading it, I realized that I wasn't aware of half of the circumstances and intentions of the so-called integrated, multidimensional and (very) public art strategy, which I've seen being promoted for quite some time on social media.

Now, this becomes somewhat of a (big) problem, since I'm continuously trying my best to communicate with and be part of the conversation from afar. Unfortunately, with not much avail - no matter the effort. I don't mind getting blocked or slightly misdirected, (I can do my own research and with a bit of common sense put two and two together) - but I've noticed that it is becoming a boilerplate response and an intentional attitude that is making it harder for me to shorten this fictitious (and indeed very real) distance. To borrow the word ‘off-limits’ from the article: It has become just that, for those of us not in the EU or without an EU fueled agenda. Our interests are simple, really. To create and sustain value!! We remain profoundly concerned, and see the need for a (‘back to basics’) fundamental restructure and healthy growth of Albanian culture first, and then a European and global amalgamation. I am not alone in thinking that Albanian culture is becoming a commodity, praying on people's refusal to deal with a dark (and poverty-stricken) communist past - whilst the state (apparatus) itself uses EU integration as an excuse along with state-of-the-art (pun intended) publicity stunts. What I mean with people's refusal to deal with their past, is that I don't think they quite know how. The refusal is just that, a lack of knowledge fueled by hegemonic influences and speculative markets, thus fear, insecurity, and anger have nested instead of the capacity to establish principles and create value(s). In this past quarter century, there hasn't been anyone to show them how to grieve. To accept. To care. To tell them they matter. To show them their potential. To help them move forward. What are the cultural values in/of Albania?


“Let us not look back in anger, nor forward in fear, but around us in awareness.”
(David Foster Wallace, The Pale King)

Yes, publicity campaigns (#communismporn #ruinporn) are grand and might just be effective in attracting the tourists (to get that economic quota) but it will all be in vain. It'll be a photo-op. A hollow museum mausoleum of obsolete things (be that in object form or in transcendental significance). No values. All aesthetics with none of the ethics. There will be no heart or soul to greet, tour and educate these tourists. To teach them about what Albania and its people are all about. What has happened to 'buke kryp e zemer'? We need to take our shattered fulcrum (bosh-t) and nurture it (not control it - read: "Foucault's Panopticon) until it has grown to a solid maturity. Until it has established value.

But, if information is given to the public (again, me) in such a redacted way that even when reading between the lines, one is bound to miss and misinterpret bits and pieces - then, what good am I? If I can't participate, then my comments (as per usual) become somewhat congested, because already scattered thoughts struggle to express themselves clearly. Albanians tend to take criticism as an insult and go for a quick defensive strike, sometimes cutting (us, individuals more so than the public at large) off at the knees or below the belt (ouch). I read articles like the one mentioned above, along with other constructive (let's not wrongly define it please) criticism, first and foremost necessary in order to understand what is going on, then as a true gesture to continue the conversation. To be invited to it. To be included. To participate.

And, speaking of congested thoughts, I'll leave you with these:

If Hoxha's bunkers were built for an enemy that never came, the newly branded communist mausoleums will (be fit to) attract the western tourist - and if he comes, he'll think of (us) people, as just props. Two very similar 'slap in the face' paranoia-driven/arrogance-fueled acts directed (yet again) at the masses, no? The latter (as of course a neoliberal staple move) is masqueraded as PRopaganda, delivered as infoTAIN(T)ment by media, and lived experienced only as a representation by (us) the society of the spectacle (a condition of “historical moment at which the commodity completes its colonization of social life”), thus turning into (stage-play-al-fresco) parade (not at all subtle in opportunism) floats (i.e. staged leaves from the artificial lake park, as mentioned in the article).

So, it becomes a battle of the fittest spectacle. 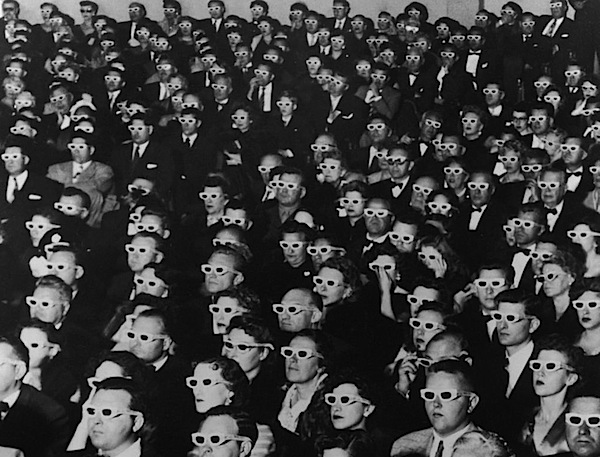 **(contrary to popular belief, I am very much interested in/researching the potential of float, agora, arena, and circus spatialities as public space or privately-owned public space)

Sunday Series | The Century of the Self

- Whatever's in my subconsciousness is none of my business.
- It, certainly, is business.

Been watching Adam Curtis's The Century of the Self documentary series. Thought I'd share it in here.
The video below includes all four episodes: Happiness Machines, The Engineering of Consent, There is a Policeman Inside All Our Heads: He Must Be Destroyed, and Eight People Sipping Wine in Kettering.


The Century Of The Self-Full Length Documentary from JCBaird on Vimeo.

Enough of half penny truths!
Old trash from your hearts erase!
Streets for paint-brushes we'll use,
our palettes - squares with their wide open
space.
-Mayakovsky, 1918
“Order to the Army of Arts”

While we dawdle and quarrel
In search of fundamental answers
All things yell:
“Give us new forms!”

There are no fools today
to crowd open-mouthed round a maestro
and await his pronouncement.
Comrades
give us a new form of art -
an art
that will pull the republic out of the mud!
-Mayakovsky, 1921
“Order No.2 to the Army of the Arts”
via #NewForms #NewLanguage #NewPolitics