The Destructive Character | In search of missing pieces

Thought I'd leave this here: 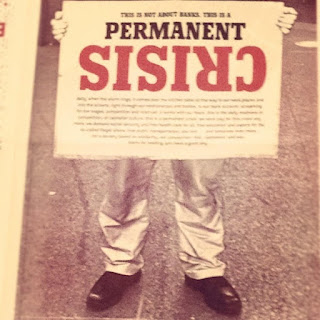 The Destructive Character by Walter Benjamin

It could happen to someone looking back over his life that he realized that almost all the deeper obligations he had endured in its course originated in people who everyone agreed had the traits of a “destructive character.” He would stumble on this fact one day, perhaps by chance, and the heavier the shock dealt to him, the better his chances of representing the destructive character.

The destructive character knows only one watchword: make room. And only one activity: clearing away. His need for fresh air and open space is stronger than any hatred.

The destructive character is young and cheerful. For destroying rejuvenate, because it clears away the traces of our own age; it cheers, because everything cleared away means to the destroyer a complete reduction, indeed a rooting out, out of his own condition. Really, only the insight into how radically the world is simplified when tested for its worthiness for destruction leads to such an Apollonian image of the destroyer. This is the great bond embracing and unifying all that exists. It is a sight that affords the destructive character a spectacle of deepest harmony.

The destructive character is always blithely at work. It is Nature that dictates his tempo, indirectly at least, for he must forestall her. Otherwise she will take over the destruction herself.

The destructive character sees no image hovering before him. He has few needs, and the least of them is to know what will replace what has been destroyed. First of all, for a moment at least, empty space – the place where thing stood or the victim lived. Someone is sure to be found who needs this space without occupying it.

The destructive character sees nothing permanent. But for this very reason he sees ways everywhere. Where others encounter walls or mountains, there, too, he sees a way. But because he sees a way everywhere, he has to clear things from it everywhere. Not always by brute force; sometimes by the most refined. Because he sees ways everywhere, he always stands at a crossroads. No moment can know what the next will bring. What exists he reduces to rubble – not for the sake of rubble, but for that of the way leading through it.

The destructive character lives from the feeling not that life is worth living, but that suicide is not worth the trouble.