Excerpts | In search of missing pieces

An excerpt on Architecture, Gender, Philosophy by Ann Bergren: 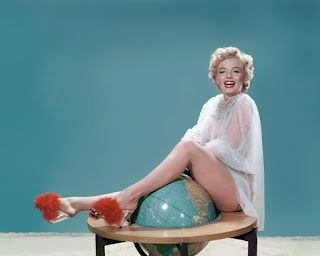 Meanwhile, back in Chicago (to imitate the constructive practice of the Timaeus), of Derrida's reaction to the architectural process, Eisenman claimed:


He wants architecture to stand still and be what he assumes it appropriately should be in order that philosophy can be free to move and speculate. In other words, that architecture is real, is grounded, is solid, doesn't move around - is precisely what Jacques wants. And so when I made the first crack at a project we were doing together - which was a public garden in Paris - he said things to me that filled me with horror like, 'How can it be a garden without plants? or 'Where are the trees? or 'Where are the benches for people to sit on?' This is what you philosophers want, you want to know where the benches are... [T]he minute architecture begins to move away from its traditional role as the symbolization of use, is where philosophy starts to shake. Because it starts to question its philosophical underpinnings and starts to move it around and suggest that what is under philosophy may be architecture and something that isn't so nice. In other words, it's not so solid, it's not so firm, it's not so constructed.

These two remarks, Eisenman's and Ingraham's, seemed to me to be related in reflecting a 'female' status of architecture vis-a-vis philosophy. I commented:


Apropos 'architecture as aestheticization of the pornography of power' I asked myself whether power is or could be a pornê (probably you all know that a pornê is a prostitute). And that reminded me of a thought I had in the morning when Peter was talking about the resistance of Derrida to the fact that your architecture won't stay put, once it is placed - that you want to move the idea of a garden. It reminds me of the whole problem of the female in general - that she must be mobile, she must be exchangeable in order for family and children and homes to take place. But the problem about her is that she is not a 'proper' wife for sure. Because by virtue of her movability, she also could move herself and she could be like a pornê. A pornê is the opposite of the proper wife - a pornê wouldn't stay put, once exchanged - this is Greek thinking about females. So the ambiguity with which architecture is treated is perhaps an essential and necessary one. Because you must be movable. Yet that is just what nobody can allow you - once you're placed, you have to stay put. I think it's the deconstructive activity that permits this kind of perception. So in a way deconstruction has made a contribution to you and you're perhaps the best example of it in that you show that architecture is a writing of power as a pornê - as a necessary, productive medium that must be mobile. And yet once put in place, the other can't allow the mobility. Plus, then, it also goes in the other direction. You seemed slightly angry at deconstruction for not providing a model and a foundation for you. So that there was a way in which you needed deconstruction and language to be a woman for you also.

After this comment in which I had, I thought, said something positive about Eisenman's dislocating architecture and about architecture as a graphê - which means both 'writing' and 'drawing' in Greek - a graphê of the power of the pornê, I was later complimented by an eminent architect present on having 'wiped up the floor' with Eisenman. This interpretation of the female as a category of blame coheres with a second impulse toward exploring the relation between architecture and gender and philosophy.
There has been relatively little treatment of gender in the theoretical discourse - the 'philosophy' - of architecture. In architecture, gender has been studies mainly in the domains of history and form: what women have designed and built, and what formal characteristics may be designated as intrinsically female. But architectural theory does not appear conscious of this issue as essential to its self-understanding - and thus germane to male or female, practitioner or theorist as well. This relative absence of theoretical reflection finds a practical counterpart in the male dominance - both ethical and statistical - among the stars of the profession. This practical presence and theoretical ignorance of the power of gender in architecture, together with the implication of gender in the remarks of Eisenman and Ingraham about architecture and philosophy, incite the present investigation. I begin by looking at gender in the mode of the symbolic, where it is constructed.
Psychoanalysis and anthropology have analyzed gender as the constellation of characteristics and values, the powers and the powerlessness, attached by a given social group to sexual difference. As the sexes are different, the meaning of gender is differential. Gender is thus a machine for thinking the meaning of sexual difference. And, as if sexual difference were the very meaning of difference itself, gender functions universally as a machine for differentiation as such - the totem par excellence.
Equally universal (so far) is the fact that gender difference is subjective in both senses of the terms, and thereby rhetorical and political. The difference gender makes may be seen in a linguistic phenomenon of which gender is a chief example, if not the primary model and motivation. This is the phenomenon of marked versus unmarked categories.