The excerpts below are taken from the book Architecture and the Paradox of Dissidence, edited by Ines Weizman. They represent two types of architecture (if you will): 1) the mass-social housing and the public space/square/playground that surrounds it, and 2) the increasingly tall skyline of a city that aspires to become a consumer-centric metropolis for markets and tourists alike. The reason I'm posting both works (displayed at the Architectural Exhibition of 1978 in Tallinn) is because I find many similarities with the architectural discipline (well, undisciplined architecture) in Albania. I leave these works and words here, not for a comparison - but as a way to open up conversations about the state of architecture (or architecture of state), the socialist and post-socialist public structures, constructs, and the politics and aesthetics of power and powerlessness - and how they reside in and materialize through architecture and lived space.

The turning point in 1978. Architects of the Tallinn School and their late socialist public.
by Andres Kurg. 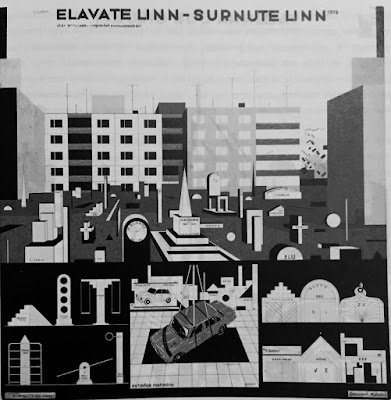 “Lapin’s ‘The City of the Living-The City of the Dead’, ironically commented on the monofunctional housing districts where public areas were usually left unfinished after the apartment blocks had been put up. The project placed a cemetery in one of these empty public courtyards of the micro-districts of panel houses, which usually served as car parks or areas for dog-walking. Here, however, garages became tombs, and bodies were buried in cars. The area was also meant to function as a children’s playground - in this way, as one exhibition review mockingly put it, people would take better care of the area and parents would not allow their children to vandalise its equipment (Unt,1978). The drawing, which was inspired by suprematist aesthetics and based on a view from a window in Lapin’s own home, included several direct and indirect allusions to representatives of the architectural elite … who had been in charge of all three of Tallinn’s mass-housing projects. There was also a common grave for for the Architects’ Union, and a constructivist gravestone that marked the ‘future’ resting places of Lapin himself and his then-wife, the artist Sirje Runge.” 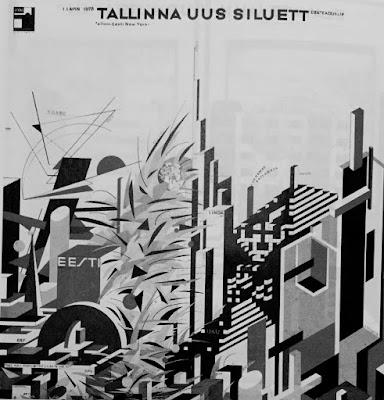 “Lapin’s other work in the exhibition was a simultaneously ironic but perhaps also utopian proposal for a ‘New Skyline of Tallinn’, which staged the city as the ‘New York of Estonia’, with several inserted skyscrapers that recalled Malevich’s ‘architektons’. What, from today’s viewpoint resembles a prophecy of the city’s future (following the collapse of the Soviet Union, new high rises of hotels and banks were constructed all across Tallinn, some of them designed by the former members of the Tallinn School) was, for the period, an ironic remark on the growing fascination with consumer products and the practice of staging the city for tourists. At the same time it demonstrated a desire for further city growth - a future Tallinn similar to the large metropolitan centres with structures for international commerce and leisure rather than a province dependent on the directives received from Moscow.”


You write this post very carefully I think, which is easily understandable to me. Not only this, but another post is also good. As a newbie, this info is really helpful for me. Thanks to you.
Tally ERP 9 Training
tally classes
Tally Training institute in Chennai
Tally course in Chennai

Excellent webpage.Thanks for sharing such a useful post.
angular js training in chennai

wonderful article contains lot of valuable information. Very interesting to read this article.I would like to thank you for the efforts you had made for writing this awesome article.
This article resolved my all queries.good luck an best wishes to the team members.learn digital marketing use these following link
Digital Marketing Course in Chennai