The Balkan Initiative for Cultural Cooperation Exchange and Development, BICCED, funded by the Swiss Cultural Programme in the Western Balkans, is announcing the launch of the first Culture Watch Award. 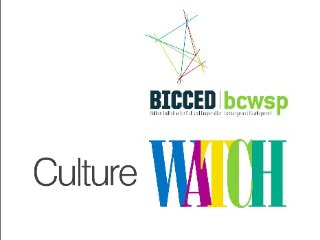 Journalists from Albania, Bosnia, Kosovo, Macedonia and Serbia are encouraged to submit stories on any issue related to cultural policy and management published between September 1, 2011 and August 31, 2012.

Applications must be received no later than September 30, 2012 through the online application form.

Newspaper, online, television or radio journalists from these countries are expected to submit one serious, investigative and analytical article together with their professional CVs and details of the article’s subsequent impact.

For detailed information on eligibility for the Culture Watch Award, application and the selection procedure, please read the full Guidelines before completing the Application Form, available here.

The total prize money is 3,700 Swiss Franks (CHF) less applicable taxes under the law in Bosnia and Herzegovina; this will be divided among the three winners as follows:

The evaluation board may decide not to award a first prize and instead allocate more second or third prizes depending on the quality of submitted articles.
Over the three years of the BICCED project, more than 30 journalists from Albania, Bosnia, Macedonia, Serbia and Kosovo have obtained new skills in reporting on policy and management in the area of culture in the region.
The Culture Watch Award is the next step in strengthening analytical and investigative approaches to reporting on cultural policy.

Applications will be evaluated by a jury comprised of six experts on cultural policy in the region and one internationally awarded journalist.

The winners will be announced at a ceremony in the second half of November 2012.

All interested candidates can apply through online application form, or ask additional question by sending an email to CWAward@birn.eu.com.